October 2, 2019, DHIC was given the Residential Sir Walter Raleigh Award for Community Appearance for The Village and Booker Park North at Washington Terrace project. Harold K. Jordan & Co., Inc. is proud to have played a vital role in a 4% tax credit redevelopment.

In January 2014, DHIC, Inc. purchased the Washington Terrace apartment community located in east Raleigh between St. Augustine’s University campus and Raleigh Boulevard. Washington Terrace is a 23-acre property that featured 245 apartments that were constructed in 1950. The vision and design for the redevelopment of Washington Terrace was all about taking what was formerly an isolated, obsolete community and transforming it into a connected part of the larger neighborhood.

The existing Washington Terrace buildings were low-slung, one story, barracks style units that had exceeded their intended life cycle. Some units were raised high and difficult to access while others were set below the street level, prone to flooding and water damage. DHIC and its consultant team laid out a four-step design process for imagining and rebuilding Washington Terrace. Phase 1 of their vision features 162 affordable apartments for families, a clubhouse, a community center and a childcare center.

HKJ was awarded Phase 1 of the project in early 2017 and received demolition permits in February 2017. Once demolition was completed, grading commenced in August of 2017. During the 2018 year, the multifamily construction market faced many difficult challenges. Mostly, cost escalations of building materials and labor pool shortages. “Our early involvement in the project put us in the position to limit our client’s exposure of cost escalations,” says Hal Jordan.

The Villages at Washington Terrace had additional encounters to overcome. Tyler Ward, Project Manager for HKJ on Washington Terrace, claims, “Our biggest challenge was installation of new utilities, roads, and building pads while existing utilities on the site had to remain intact and operational for the tenants living in later phases of the masterplan. With consecutive abnormal days of freezing temperatures in the teens, sitework was difficult.”

Christmas of 2017, HKJ performed a community outreach and donated Christmas gifts to the existing neighborhood tenants. Several of those gifts were bicycles for children living there. “We were very thankful to have the opportunity to make a difference within the Washington Terrace community.”, says Hal Jordan.

The Villages of Washington Terrace other features and services include a community center with on-site management offices, social and gathering areas, laundry facilities, business center, fitness room, and an office for family supportive services staff. In addition, a childcare center will be leased and operated by the Methodist Home for Children, a five-star provider with a history of delivering quality and affordable childcare services to pre-school age children. 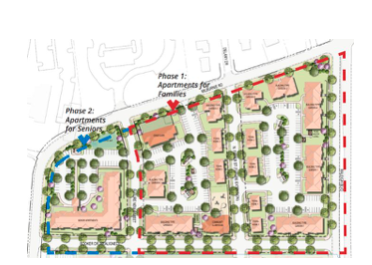 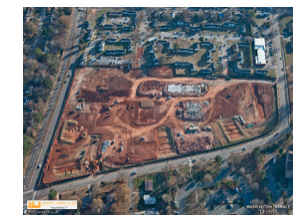 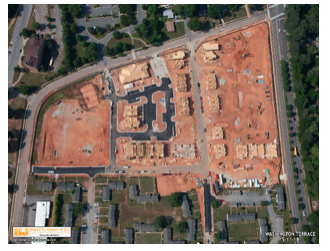 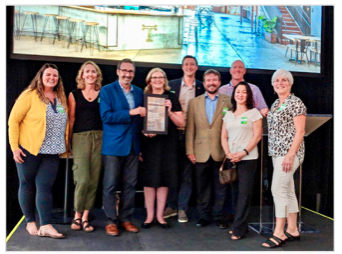